Ted and I decided to take a day trip on Alouette Lake and join our friends who were spending the weekend paddling the lake.  This was my second time paddling Alouette... see a previous posting.
Just like the last time, Ted was very kind to offer me a ride to the put-in site in Golden Ears Provincial Park.  After a bit over an hour of driving we arrived by the edge of the lake.  As usual, setting up the boats and getting everything ready to paddle took a bit over an hour.  Time does fly! 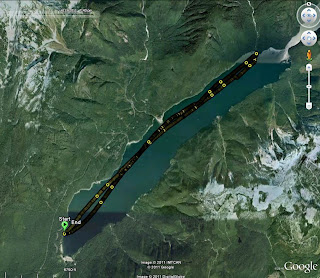 This time I took my bike's GPS unit to track our route.
...a straight forward to-and-from route. 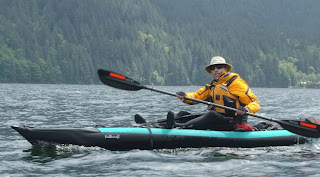 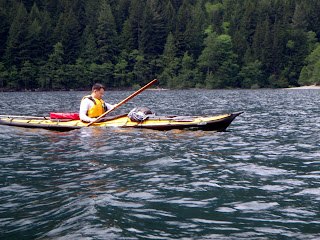 Ted with his Wisper's narrow beam and Greenland paddle was keeping up a good pace.  I managed to keep up with him with my Java.

A good southerly breeze of 8 to 12 knots kept us going forward without hesitations.  I wonder if my boat speed would have greater with the use of a sail.  ...maybe next year. 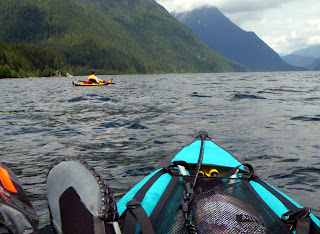 Conditions were quite different from last time.  I enjoyed the tail wind.
The return trip will be a different story.﻿

It took us just one and half hours to paddle the 9km to the Moyer Creek campsite; that's an average of about 6km/hr!
Steven, Janice and Michael arrived to the campground earlier in the day. 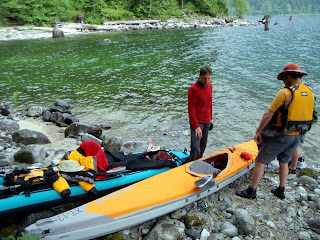 Shortly after our arrival, Michael came back from an exploration paddle.  He was with his brand new sleek looking folding Pakboat XT-17.﻿ 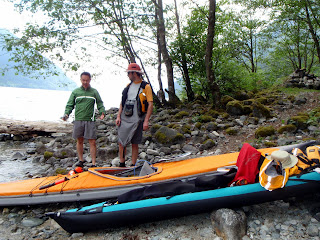 Ted was really excited about the new kayak. 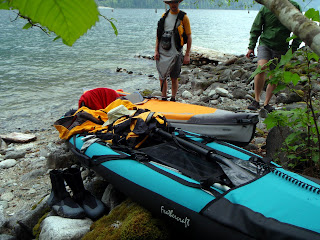 My teal Java in the foreground looked good too though.﻿ 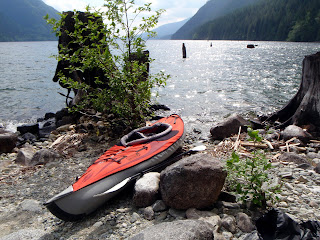 After walking around the campsite I found Janice's beast. 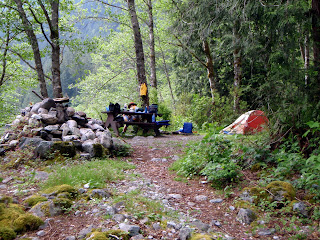 The campsite.
We resisted offers of marshmallows for dinner to make us stay overnight. 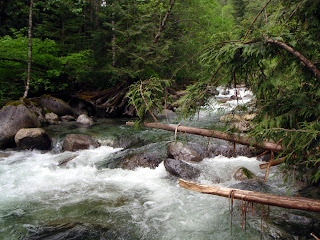 A frigid looking Moyers Creek in the campground's backyard. 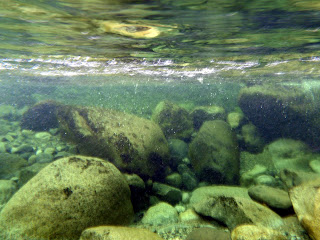 A "cool" underwater shot of the creek. 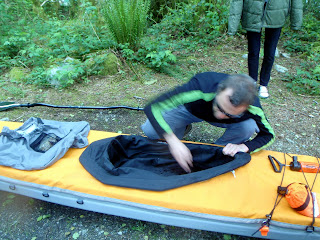 Michael got really excited trying Ted's seasock on the Pakboat.  A seasock is an excellent safety feature in a folding kayak.  It keeps most of the water out and the kayak's interior much cleaner. 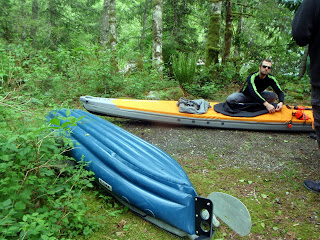 He want one now.  ...while an Helios is resting. 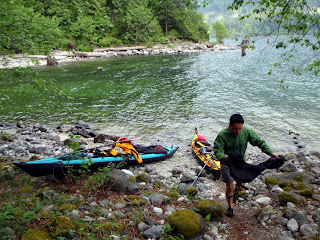 Getting ready for the return trip. 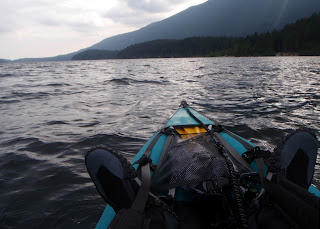 Returning wasn't quite as hard or long as expected - just two hours.  Most of the time the winds stayed under 12 knots.  We experimented feathering our paddles.  45 degrees works magic in reducing wind resistance on that airborne paddle blade. 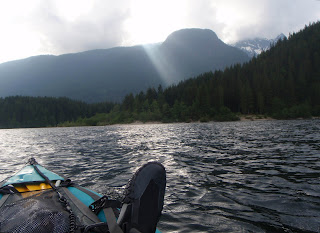 Early evening sun coming through the clouds.
We are close to our destination. 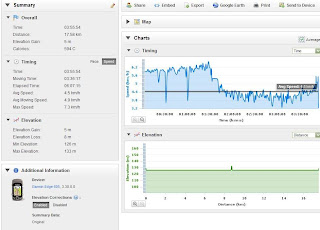 Some interesting stats from my GPS.  The first graph's boat speed clearly shows a much faster outgoing passage then the return, due mainly to a southerly wind.  Also interesting is the elevation graph, with three little humps at the start, the end of the paddle and the middle when we stopped.  The difference in elevation I thought would be negligible, but it was still picked up by my GPS.
Posted by lotuslander at 15:09